Yesterday, I went to church and when I got home, I continued the laundry that Brian had started for me.  The first load was just finishing as I came into the house from the garage.

Since I’ve been going back to church, I’ve been going to the first service at 9:45 which gets me home around 11 instead of going to church at 11.  Its the contemporary service which is the type of music I listen to most but I miss the old standards that I grew up on sometimes.  I may go back to the service at 11 but I don’t know for sure.

While doing the laundry, I worked on the Dresden plate petals.  This is the hardest part of the entire quilt partly because there are a gazillion of them and partly because they’re small.  Once these are done, I’ll be able to put them into “plates/flowers” and then, put them on the blocks of off-white background.  I’ve got sashing that I will also use for the flower centers.

The thing about this block is that they are named after the Dresden plate but they look more like a flower.  I’ve also got another one that is more abstract with different sized “flowers” in it.  I’ll put up pictures of both of them when I’m finished.  I won’t quilt them because they are for a class that I’m going to teach and its easier to hang them if they are unquilted.

Below is a picture of a quilt I just finished for a customer.  As I said in my Facebook post, I have no say about the allegiance of the customer– I’m just posting a picture. 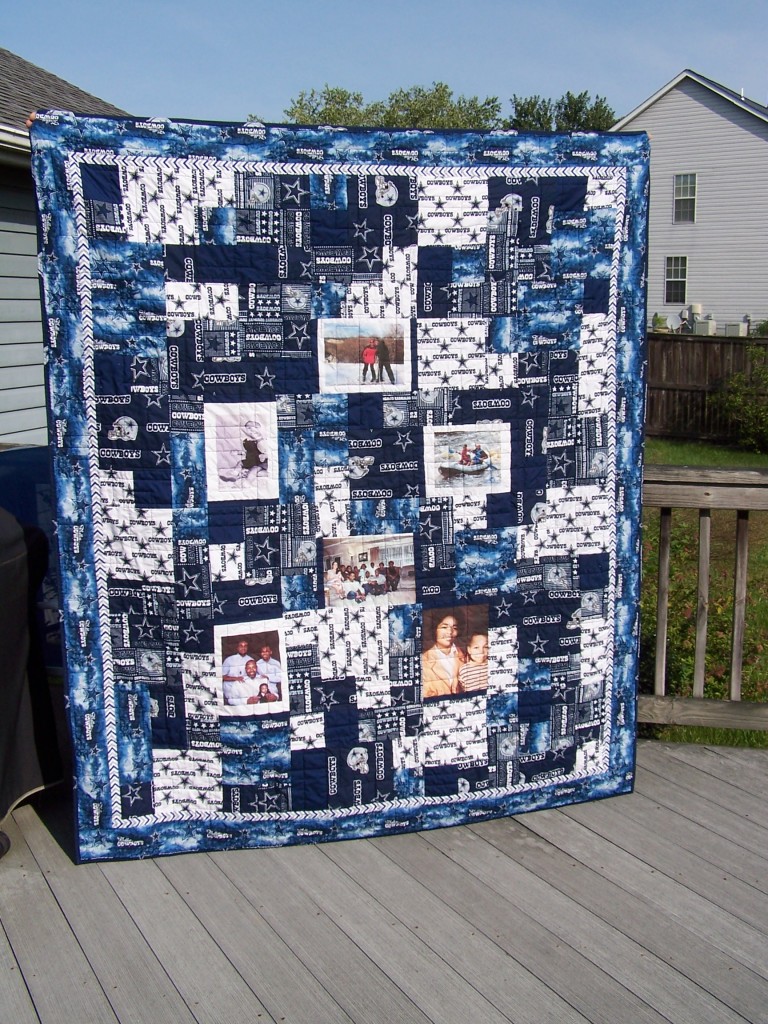